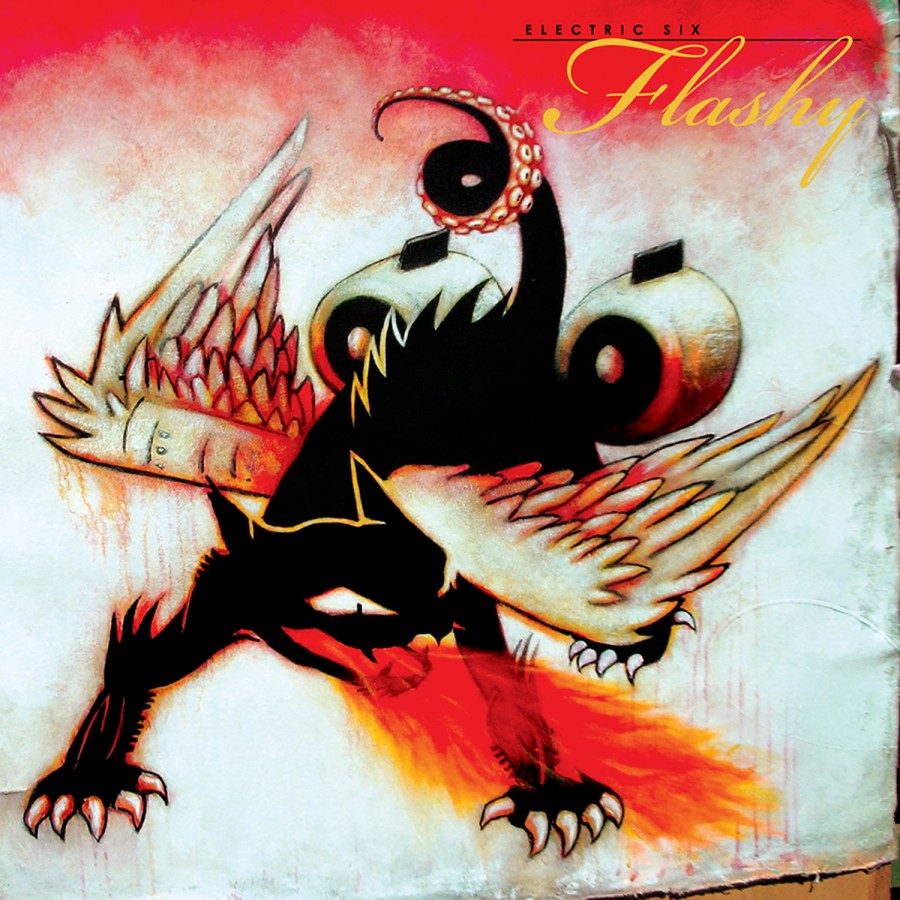 Electric Six returns with yet another album filled with songs that are mostly about nothing, but damn, if it isn't enjoyable. Songs cover everything from their preferred cleaning solution “Formula 409” to the tribulations of being a “Graphic Designer” and even a throwback to their debut album Fire with “Gay Bar Part Two”. Unable and unwilling to be put in any genre, Electric Six blends sounds and influences from glam, funk, rock, disco, punk, new wave, and metal. In spite of being their fourth album in four years, Flashy, is a strong offering. Fans can rock, groove, and jam out to almost all of the songs with one notable exception being “Transatlantic Flight” dropping in cool beats and a smooth rhythm. Pick up Flashy and don't miss seeing the band as they tour through Europe and the States on their Hittin' The Walls and Workin' The Middle tour.

Electric Six · Bride of The Devil

Electric Six · How Dare You