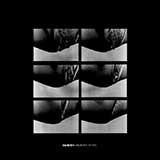 The San Francisco 4-piece VANIISH began when singer/guitarist Keven Tecon (ex Wax Idols, The Soft Moon, Veil Veil Vanish) left his previous bands after his mother's death in early 2013. “I was on tour in Eastern Europe in the middle of winter when it happened and it was too much to handle. I couldn't keep it up.” After returning home, Tecon decided to focus entirely on a new project along with fellow Wax Idols and Veil Veil Vanish member Amy Rosenoff (bass) and SF music-scene luminaries Adam Beck (guitar/keyboards) and Nick Ott (drums). The album Memory Work is both dense and spacious, combining the atmosphere of early 4AD with the psychedelic shoegaze of Creation Records. It envelopes the listener into its world of eerie soundscapes and surreal lyrics. “There is an interesting mix of synths, guitars, samples, drum machines, and live drums. We like the idea that you can't tell what's real and what isn't.” The album was produced by Monte Vallier (Weekend, The Soft Moon, Wax Idols)

The title track is the sound of machines breathing and fluids pumping, with a pulse beat overladen with brush strokes of synth. “Kaleidoscoped” ditches the monochrome for crystallized shards of guitar and a sparkling chorus that's hard to see coming. “Search and Replace” is vicious and would be more at home in 2080 than 1980 while the addictive melody of “Merge” is the closest the album comes to an actual pop song. “Succession” gives the second side of the album some breathing room with its sparse production and icy spikes of guitar. Lush album closer “La foi au fil de l'eau”, sung entirely in French, could easily find its way onto a film score.