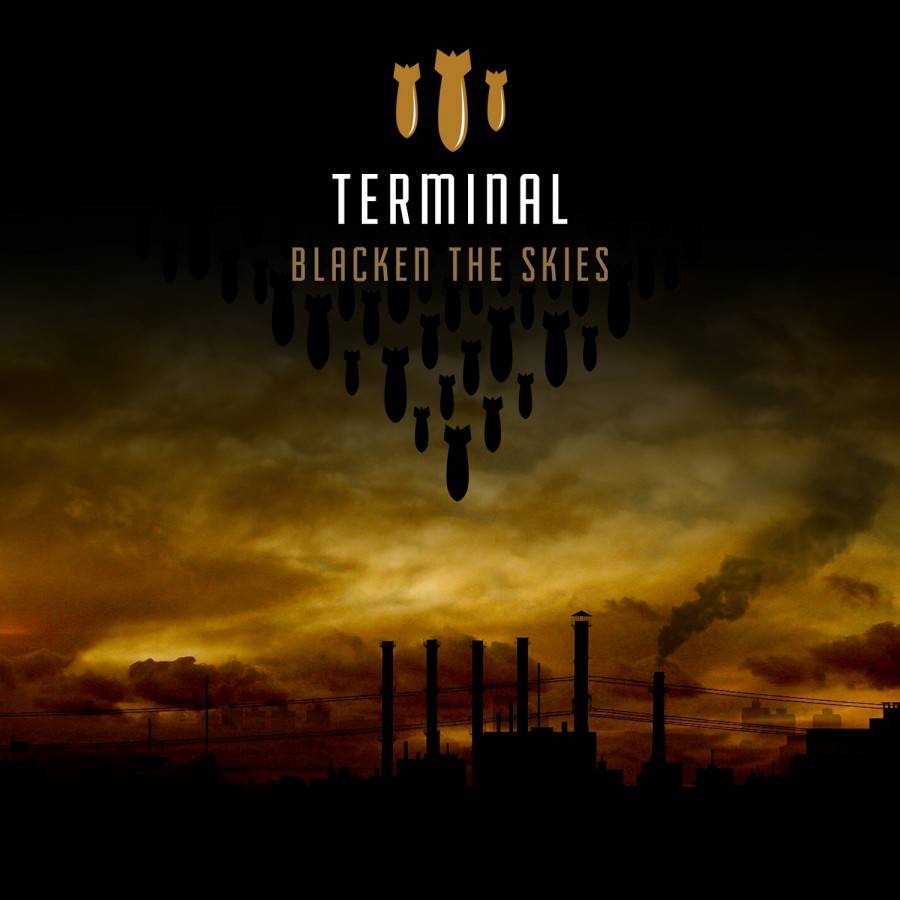 TERMINAL is the soundtrack to a world unbalanced, a society spinning out of control and running out of time. A volatile alloy of industrial music and glam rock, with trace quantities of dark techno, synthpop and raw machine recordings, each TERMINAL anthem is a broadside against the atrocities of our lost humanity. Hard-hitting lyrics address the immorality of authoritarian regimes, the devastation of our planet, and our spiral into a dark dystopian future. In the manifesto debut album BLACKEN THE SKIES, twelve harrowing tracks hold an unflinching mirror up to a world falling out of balance.

TERMINAL is the work of Thomas Mark Anthony, singer, songwriter, producer and multi-instrumentalist. Anthony is a longtime anti-apartheid and civil rights activist over a life lived in South Africa, Canada and the United States. When asked to name his musical influences, his first answers are T.Rex and Cabaret Voltaire. Merging those disparate genres in BLACKEN THE SKIES required an experimental surgery of sinister vocals, circuit-bent machinery and ragged guitars, resulting in an industrial/glam-rock fusion of barbed-hook songwriting and relentless electronics. The album explores and highlights Anthony's contradictory influences, from the near-techno pulse of "Riot Shields" to the borderline nu-metal "Godfire". Sing-along choruses packed with glam-rock's internal and external rhymes serve as warning flares from a world in freefall. Sparse chiming guitar notes ring out over a dense wall of dissonant synths and mechanical rhythms.

"Every track has to be a strong song first and foremost," says Anthony. "From there, I start shaping the sounds I need to paint the picture." And a darkly beautiful sonic painting it is, placing Anthony's gritty vocals and rough-hewn guitar in echoing, ruined industrial spaces where relentless beats stir a miasma of broken circuitry and vast machines. Each track is terse. "I don't think I need to belabour the point", says Anthony. "If you can't say it in 4 minutes, it's probably not worth saying."

Joined by the US-based TERMINAL Live Unit, the trio puts on a powerful and confrontational live show, with Anthony serving as vocalist/guitarist.