Originally named Hero, theStart was formed in 1998 when Aimee Echo and Jamie Miller met while touring with their former bands Human Waste Project and Snot. Within weeks, the band was playing gigs throughout the Los Angeles area, including coveted opening slots for Orgy. The feedback was phenomenal and by 1999, their demo was completed and they were approached by 143 Records/Atlantic who signed them immediately. Upon completion of their debut album, Circles, it was discovered that the name Hero was already taken by another band. Aimee’s mother suggested they rename the band theStart, which proved to be prophetic as they were to become one of the first bands credited as spawning the new wave revival.

With the name change, also came a scenery change. theStart left 143 Records and signed with The Label/Geffen Records to release their debut, also renamed as Shakedown!, in 2001. The remainder of the year saw theStart touring with Weezer and Incubus. Upon returning home from the tour, the band was dealt with news that The Label would be closing. Not willing to accept defeat, they bought a van and continued touring on their own.

In 2002, theStart self-released The 1234 EP which was sold exclusively at shows and limited to 500 copies. That summer proved to be busy for the band. Embarking on their first headlining tour with Scarling, a UK tour with Sparta and Strung Out, and playing portions of the Warped Tour, they managed to scrape up $800 to record theStart EP. With the help of Smallstone Records and Newblack Records, theStart sold thousands of copies despite its lack of press.

AFI was one of many bands who asked theStart to open for them in 2003. Other acts included: Vaux, The Used, Coheed and Cambria, Alkaline Trio, Ozma, Onelinedrawing, Taproot, Lennon Murphy, Brassy, and Lillix. Little did they know they were being scouted by AFI’s label, Nitro Records, who signed them in October and re-released theStart EP as the Death Via Satellite EP with new artwork.

Recording of their second album began the next year followed by a UK tour with The Offspring, who kept them on for the North American leg with The (International) Noise Conspiracy and Auf Der Maur. After the Offspring tours, theStart embarked on a co-headlining tour with the AKAs prior to the release of Initiation, the long awaited album.

2005 and 2006 saw theStart touring relentlessly with the likes of Goldfinger, Head Automatica, Showbread, Garbage, The Birthday Massacre, Rancid, The Living End, and many more. Unfortunately all of the touring didn’t help strengthen their relationship with the label, whom they parted ways with in the fall of 2006. Luckily the band was immediately picked up by Metropolis Records.

Poised to release their newest album Ciao, Baby on Metropolis in 2007, theStart have refined and nurtured their sound into a dancier version of their former selves. However, the punk and new wave elements are still visible through the pop sensibilities that they have incorporated. Tracks like “Wartime” and “Master Plan” exhibit the new evolution, while songs such as “Blood On My Hands” and “Runaway” show the signature style that fans have come to know and love. The “Dance Revolution” for punk and new new wave has begun and theStart are just the beginning. 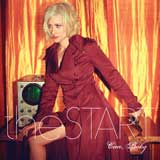 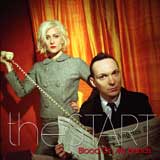 theStart · Blood On My Hands

theStart · Blood On My Hands