Listen & Buy
In 1992 Martin Bodewell and Lars Felker met in a Club called “Index” and discovered that they had the same interests in music. Martin and Lars each had their own musical endeavors at the time, but after only one meeting, Orange Sector was born. The legendary band DAF was a big influence on the dominant sound of Orange Sector. The name was a result of the band simply playing with various words. The Orange Sector was the name of the environment on stage. This is the place where everyone would meet, forget their problems, and have fun. The band rented a studio to produce their demo-tape “The War Comes Home.” In the early years this name and lyrics represented the problems with society. The album art showed an American farmer who buried Agent Orange barrels in the ground. Lars and Martin only sent the demo to one record label, the legendary 90’s EBM juggernaut Zoth Ommog. Label mastermind Talla 2XLC gave it to the producer Andre Schmechta (of “X Marks The Pedwalk”) and said “I like, make it!” The dream came true. It did not take long for “Orange Sector” to get signed to their favorite label.

1993 saw huge milestones for the band: the first record “Faith” was recorded at the T.G.I.F. Studios, The song “Kalt wie Stahl” was a huge hit on the club dance floors. The song landed in the Frankfurt Techno Club charts at position #4. Orange Sector embarked on its first major tour with the Swedish band S.P.O.C.K.. The band became known for putting on a great live show. Orange Sector’s “body show” was full of energy, gaining many fans, and lead to the founding of the Orange Sector Fan-Base “Bodysmashing”.

During the Faith-Tour the band worked on new material for their next release. In 1994 the band released the album Flashback, which is considered their greatest album to date, and still hailed as a classic in the EBM genre. With the songs “Götter” and “Für immer”, Orange Sector was ruling the dance floors. Not long after, the band released an EP of cover songs and original material, putting its own distinctive spin on classic songs like “Kids in America” (Kim Wilde), “Polizisten” (Extrabreit), and “I Was Made For Loving You” (Kiss).

Both personal and professional reasons caused Lars to leave the band, though he and Martin still remained in contact. Martin decided to carry on with the project, and after a long break released the record Love it. The new songs were much softer and more melodic. The old fans did not accept the new sound. In 1998 Martin rejoined Zoth Ommog with two more releases, Scars of Love and Masquerade. After a while, Martin lost his motivation and decided to leave the music scene.

In 2004 EBM was reanimated. The classic EBM sound was taking back the club scene once again. Torben Schmidt, label owner of “Infacted-Recordings,” and the mastermind behind “Lights of Euphoria” played the old Orange Sector songs during his work as a DJ. He decided to contact Lars with a plan to release a compilation through the history of Orange Sector. Lars convinced Martin to have the album released. Martin said yes, and the band in the original line-up was together again. The Compilation Here We Are [BackAgain] was released in March 2005. A reinvigorated Orange Sector followed the release with an all new album in 2006, their first in over 12 years. Bassprodukt took Lars and Martin back to their roots: Hard, driving old school EBM.

Now, for 2010, the electro legends join Metropolis Records to release their 8th album, Krieg & Frieden. Featuring 10 tracks and two remixes; the album represents a return to their roots with its aggressive synths, kinetic hooks, and unrelenting bass-lines. True to form, Orange Sector has once again raised the bar for others to reach. This is what true EBM is all about. 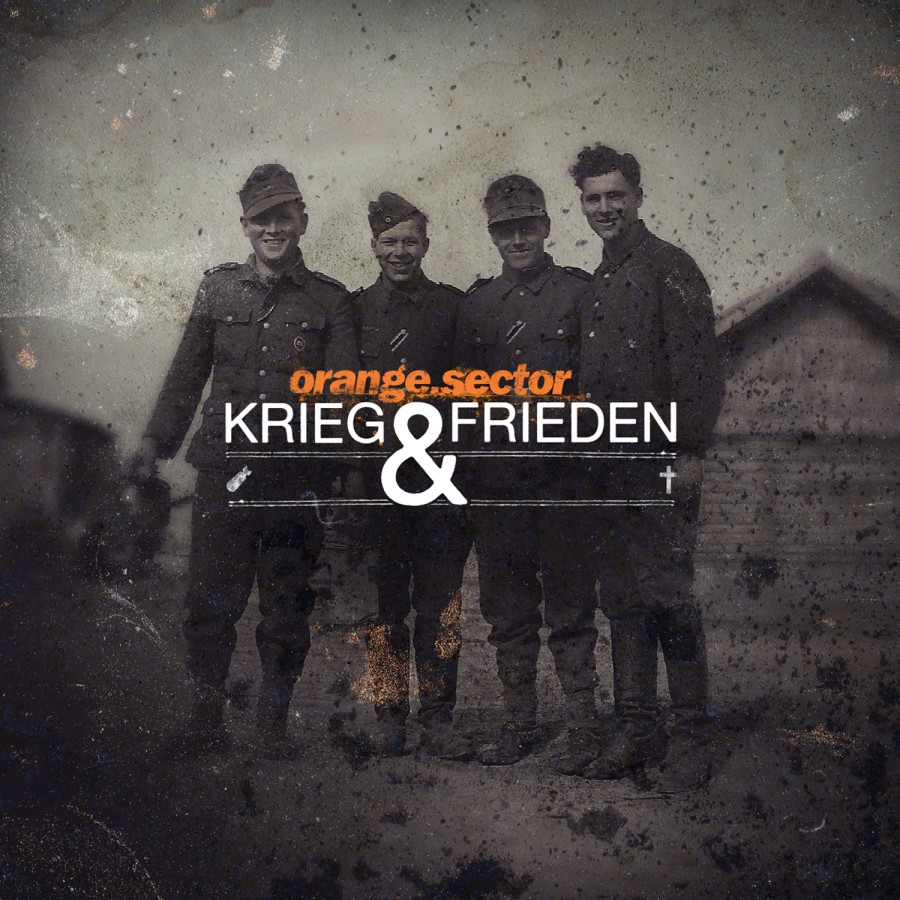