Love Is Colder Than Death

Through its various incarnations, the music of Love is Colder Than Death has remained consistant: the voices of the Dark Ages whispering across the centuries and finding a new home in the modern world of heavenly keyboard Goth.

The band first appeared as a quartet in 1990, with the core of Maik Hartung and Susann Heinrich being joined by Sven Mertens (on keys and vocals) and Ralf Donis (on vocals) as they released their stunning debut, Teignmouth. It was this recording that so stirred the fledgling Metropolis Records, that it was licensed to become the debut release on this American label.

1993 was a year of transition for the group. Mertens and Donis both departed, and Andy Porter, formerly of Rose of Avalanche, came on board. The results of this new alignment was Oxeia. Although all of the basic elements were there, a new temporal alignment could be felt: the musical balance was now between the Dark Ages and the Renaissance. Their sound still held close to the secular majesty of the one, but now also embraced the hope and optimism of the other. 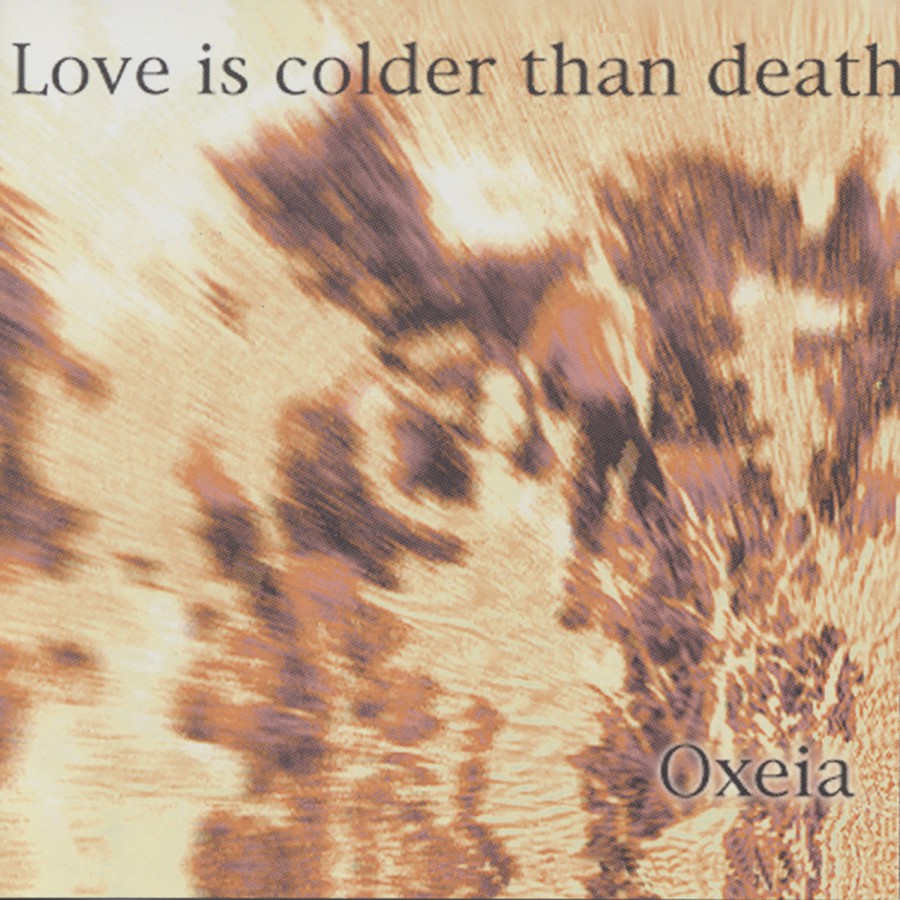 Love Is Colder Than Death · Oxeia